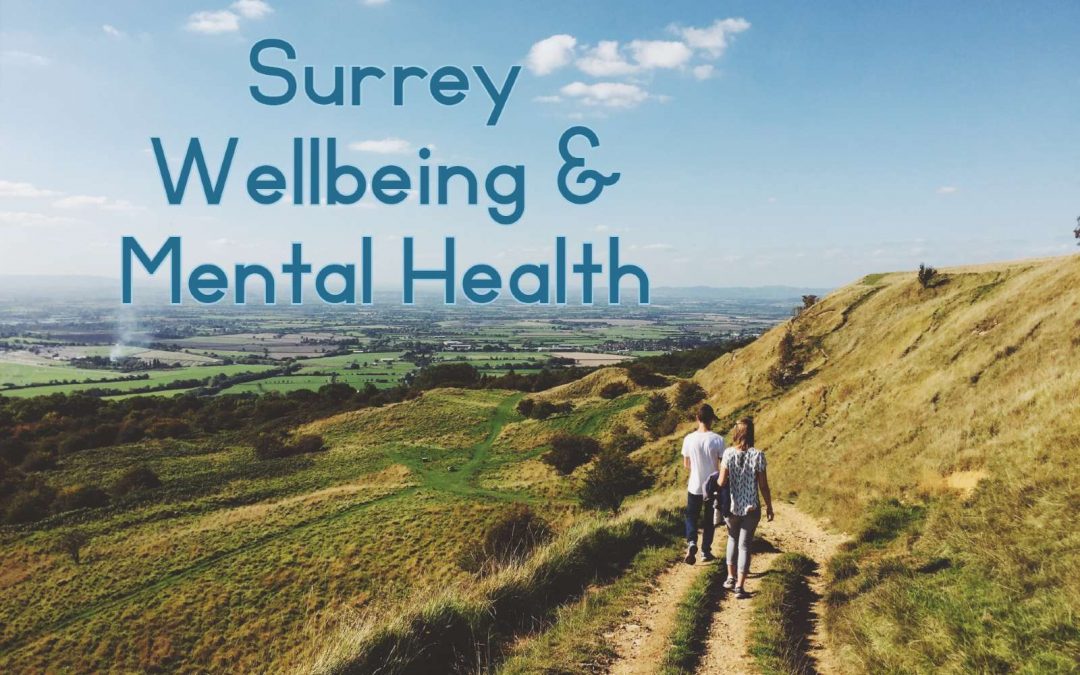 Surrey County generally has lower rates of mental health issues when compared to the English average, but this does not mean that there aren’t significant areas of potential improvement. Spread throughout the county are pockets of deprivation that rank significantly higher for mental health concerns than the Surrey average.

The Improving Access to Psychological Therapies (IAPT) programme was launched in 2008 in order to improve the quality and accessibility of mental health services in England. Its focus is on therapies like counselling and psychodynamic therapy – known as ‘talking therapies’ – for working age persons experiencing common mental health problems such as anxiety and depression. Unfortunately the NHS is still struggling to provide adequate mental health care, prompting a rise in those seeking out private support through counselling and therapy.

The recent Five Year Forward View for Mental Health set out the ambition that access to psychological therapies should be expanded to 350,000 more adults each year by 2020/21. There is clear need across the country and in Surrey for more care to be provided; the wait to be seen by an NHS provider is consistently around 3 weeks or more.

While Surrey maintains similar levels of self-reported well-being to the rest of England, it ranks highest in terms of those people reported to be suffering from anxiety. The reasons for this are many and there are several factors influencing different areas of the individual towns within the county.

Ruxley in Epsom & Ewell for example currently holds the highest level of lone parent households, standing at 17.9% in the most recent count. Similarly Preston and Preston Ward in Reigate and Banstead have between 12 and 14% of households run by a single parent. Of the children and young people living in poverty in the area, 75% live in a household with one parent.

Most councils in the area have seen an increase in homelessness applications for temporary housing over the past few years. It is a fundamental fact that homeless people are much more likely to have mental health problems compared to the general population. Studies carried out as recently as 2015 show that depression rates can be up to 10 times higher, and of course psychological issues such as substance misuse, social exclusion and complex trauma are common.

Epsom & Ewell alone had 32 households in temporary accommodation back in 2011. By December 2012 they also had five families with children in B&B accommodation provided by the authority. This is the same number as Reigate & Banstead, the worst in the county alongside Surrey Heath.

Around 40% of households in Banstead village and Tadworth in the Reigate and Banstead Borough, alongside Ewell Court in the Epsom and Ewell Borough contain one or more people aged over 65. High amounts of social housing as well as elderly communities skew the figures, but these significant percentages reveal the risk of isolation and loneliness in areas of the county with poor age distribution. While elderly communities can be of some benefit to older people they are not always effective in preventing the issues mentioned.

This also brings attention to the importance of physical health in relation to mental health. The number of people aged 85 and over living in Surrey continues to grow and there has been a rise of at least 30% since 2001, with projections that the number of over 65s living in Surrey will grow by 28% by 2033. Surrey Heath will bear the brunt of this increase with estimates showing that between 2013 and 2020 there will be a 45% increase in people over the age of 85.

We know that in today’s unstable and uncertain political climate, the NHS and mental health services in particular are struggling to provide for the ever-growing older population. As unbelievable as it may sound, around the world 60% of people who have ever reached the age of 65 are still alive today. This means that each country and county, including Surrey, is having to deal with increased rates of loneliness, physical disability, depression and dementia.

The Future of Surrey’s Mental Health

Despite this pressure attention must also be given to young people’s mental health, their stability and their education. The overwhelming majority of mental illness has its origins in childhood, so strong, clear interventions are required to prevent the escalation of our current issues in Surrey. The world health organisation has estimated that poor mental health accounts for 20% of all the lost years of healthy life in the UK.

Despite the affluence of Surrey, this is not wholly protective against poor mental health. Inequalities are still felt, and relative deprivation is associated with an overall increase in depression and anxiety. Kate Pickett, Professor of Epidemiology in York highlighted that “For poorer mothers in more affluent areas [such as Surrey], they are more likely to find themselves isolated and depressed and struggle with their children’s upbringing as a result.”

To improve the overall health and well-being of the county therefore, assumptions must not be made. Preston for example in the affluent Reigate and Banstead Borough, currently has the highest rate of mental health disorder in children from the ages of 5 to 15, as seen in the most recent data which was last collected in 2002.

There has been both local and global response to mental health in recent years, beginning to reduce the stigma surrounding difficulties people may face. In providing a more reasonable outlook and understanding, and by ensuring we care for our own mental health and the health of those around us, we can start to progress towards a brighter mental health future for all of those in Surrey.

Whilst there are many practical aspects to mental health, reversing the effects of poverty, poor education and a history of trauma and neglect is not possible simply with extra funding and awareness. Everybody who suffers mental health issues is different, and may have arrived at their concerns due to the issues mentioned or as a result of something completely different. The take-home message is the same however.

Engaging with mental health services, either through consultation with a psychodynamic therapist or via an initial conversation with your GP can start you on the vital road to better mental health and overall well-being. If you feel you are struggling, take at look at The Bridge Therapy to see how we can give you the space for insight and reflection to aid you on this journey.